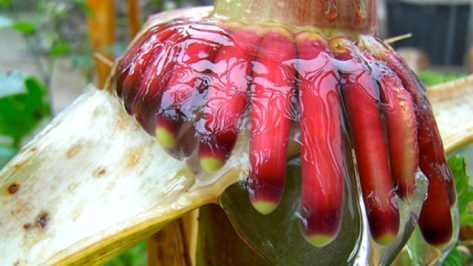 For thousands of years, people from Sierra Mixe, a mountainous region in southern Mexico, have been cultivating an unusual variety of giant corn. They grow the crop on soils that are poor in nitrogen—an essential nutrient—and they barely use any additional fertilizer. And yet, their corn towers over conventional varieties, reaching heights of more than 16 feet.

A team of researchers led by Alan Bennett from UC Davis has shown that the secret of the corn’s success lies in its aerial roots—necklaces of finger-sized, rhubarb-red tubes that encircle the stem. These roots drip with a thick, clear, glistening mucus that’s loaded with bacteria. Thanks to these microbes, the corn can fertilize itself by pulling nitrogen directly from the surrounding air.

Source: The Indigenous Mexican Corn That Uses Air as Fertilizer – The Atlantic

Take 1: Holy crap this is cool. Corn is a huge staple grain, and requires a lot of off farm inputs to grow because it takes a lot of nutrients out of the ground.

Take 2: This maize matures in 8 months instead of 3 months for commercial corn. Interesting. Dr Sarah Taber pointed out on twitter that this is a really critical point. Nitrogen fixation takes a lot of energy, that has to come from somewhere. Modern varieties of maize might have had this bred out of them for a reason, so they put their energy into sugar and maturation instead of the ground. It may not be possible to keep this trait, and have the maize mature any faster.

This is important. Because the headlines for most articles on this make it sound like we’ve solved a hard problem in farm science and corn won’t need fertilizer in the future. That’s definitely not what the science says.

Take 3: The science behind verifying this is kind of amazing. You can’t tag nitrogen atoms to prove where they are coming from. So they did 5 different independent ways that each provide circumstantial evidence that the maize is actually doing this.

Take 4: The IP generated by this goes into the public trust. This is done under the Nagoya Protocol to address the very real concerns of bio-piracy by indigenous peoples. Good on them!